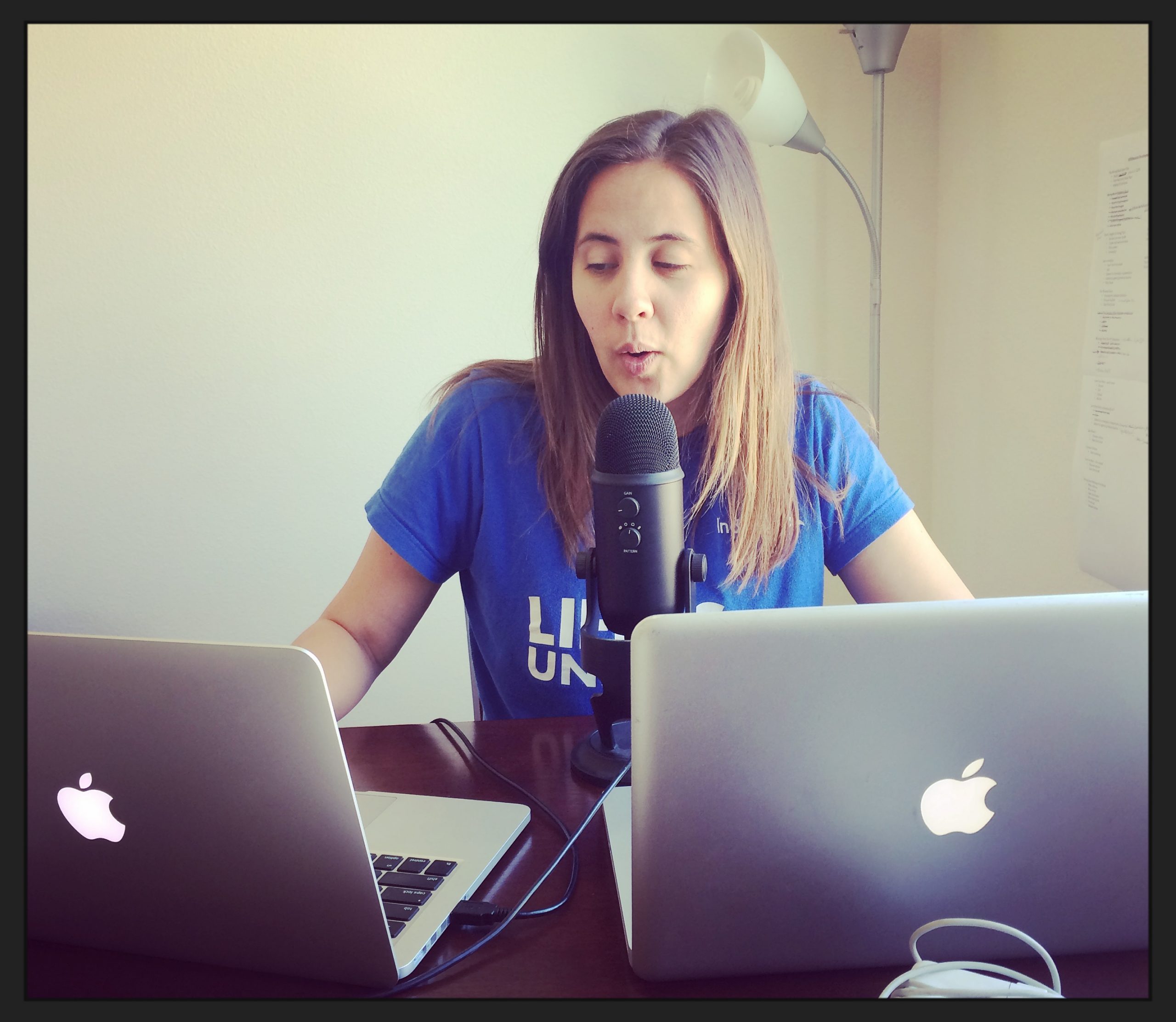 The audio book version of Tales from the 4th Dimension is now available on Audible. If you’re new to the platform, you can listen for free with a 30 day trial membership. This is my second audio book, but the process was a bit different this time around. For Sam & The Secrets of the Universe, I hired the talented narrator, Nicholas Flesher. For these tales, I decided to narrate myself! It was a good experience getting out of my comfort zone. Like most people, I don’t love hearing the sound of my own voice, so I was a bit self-conscious at first. The biggest challenge was reading The Fence because the story involves four young boys. I had to experiment with making my voice different for each character and remember what each character sounded like as I moved through the story. Luckily, the characters unique personalities gave me a guide for what they should sound like. I most enjoyed recording The Intruder because the story is written in first person so it was similar to retelling a story to a friend. That story has suspenseful moments and I gave myself goosebumps during the most intense moments.

I’m thankful for editing software so I could get rid of all the bad takes along the way. I used a program called Audacity which is very easy and intuitive to use. Having gone to film school, I was trained on sound editing so that part wasn’t a big leap for me. It did take just as long, if not longer, to edit each story down compared to the time it takes to record it. Time well spent to ensure the listener a smooth ride.

Here’s a recap of what each story from Tales from the 4th Dimension is about:

The Bunker – In a post-apocalyptic world, a group of friends survives in an underground bunker with the use of a Dream Device to keep them from going stir crazy.

The Fence – A group of young boys discover something in the woods that will change their lives forever.

The Game – A soldier endures a unique battle to get back to the woman he loves.

The Intruder – A woman’s world is shaken when someone repeatedly breaks into her house.

The Harvest – Half the population is mysteriously marked with X’s on their foreheads. James escapes from prison to protect his family from whatever is causing this strange phenomenon.